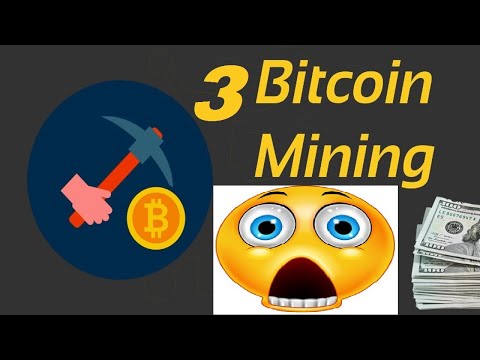 A few stories about Brian Krebs: The independent cybercrime journalist who exposes criminals on the internet

First, a bit of introduction before we get into the living drama that is Brian Krebs.
Brian Krebs has been a journalist for decades, starting in the late 90s. He got his start at The Washington Post, but what he's most famous for are his exposes on criminal businesses and individuals who perpetuate cyber crime worldwide. In 2001, he got his interest in cybercrime piqued when a computer worm locked him out of his own computer. In 2005, he shifted from working as a staff writer at The Washington Post's tech newswire to writing for their security blog, "Security Wire". During his tenure there, he started by focusing on the victims of cybercrime, but later also started to focus on the perpetrators of it as well. His reporting helped lead to the shutdown of McColo, a hosting provider who provided service to some of the world's biggest spammers and hackers. Reports analyzing the shutdown of McColo estimated that global spam volume dropped by between 40 and 70 percent. Further analysis revealed it also played host to child pornography sites, and the Russian Business Network, a major Russian cybercrime ring.
In 2009, Krebs left to start his own site, KrebsOnSecurity. Since then, he's been credited with being the first to report on major events such as Stuxnet and when Target was breached, resulting in the leakage of 40 million cards. He also regularly investigates and reveals criminals' identities on his site. The latter has made him the bane of the world of cybercrime, as well as basically a meme, where criminals will include references like Made by Brian Krebs in their code, or name their shops full of stolen credit cards after him.
One of his first posts on his new site was a selection of his best work. While not particularly dramatic, they serve as an excellent example of dogged investigative work, and his series reveal the trail of takedowns his work has documented, or even contributed to.
And now, a selection of drama involving Krebs. Note, all posts are sarcastically-tinged retellings of the source material which I will link throughout. I also didn't use the real names in my retellings, but they are in the source material. This took way too long to write, and it still does massively condense the events described in the series. Krebs has been involved with feuds with other figures, but I'd argue these tales are the "main" bits of drama that are most suited for here.


Fly on the Wall

By 2013, Krebs was no stranger to cybercriminals taking the fight to the real world. He was swatted previously to the point where the police actually know to give him a ring and see if there'd actually been a murder, or if it was just those wacky hackers at it again. In addition, his identity was basically common knowledge to cybercriminals, who would open lines of credit in his name, or find ways to send him money using stolen credit cards.
However, one particular campaign against him caught his eye. A hacker known as "Fly" aka "Flycracker" aka "MUXACC1" posted on a Russian-language fraud forum he administered about a "Krebs fund". His plan was simple. Raise Bitcoin to buy Heroin off of a darknet marketplace, address it to Krebs, and alert his local police via a spoofed phone call. Now, because Krebs is an investigative journalist, he develops undercover presences on cybercrime forums, and it just so happened he'd built up a presence on this one already.


Guys, it became known recently that Brian Krebs is a heroin addict and he desperately needs the smack, so we have started the "Helping Brian Fund", and shortly we will create a bitcoin wallet called "Drugs for Krebs" which we will use to buy him the purest heroin on the Silk Road. My friends, his withdrawal is very bad, let’s join forces to help the guy! We will save Brian from the acute heroin withdrawal and the world will get slightly better!


Fly had first caught Krebs' attention by taunting him on Twitter, sending him Tweets including insults and abuse, and totally-legit looking links. Probably either laced with malware, or designed to get Krebs' IP. He also took to posting personal details such as Krebs' credit report, directions to his house, and pictures of his front door on LiveJournal, of all places.
So, after spotting the scheme, he alerted his local police that he'd probably have someone sending him some China White. Sure enough, the ne'er-do-wells managed to raise 2 BTC, which at the time was a cool $200 or so. They created an account on the premiere darknet site at the time, The Silk Road under the foolproof name "briankrebs7". They found one seller who had consistently high reviews, but the deal fell through for unknown reasons. My personal theory is the seller decided to Google where it was going, and realized sending a gram of dope into the waiting arms of local law enforcement probably wasn't the best use of his time. Still, the forum members persevered, and found another seller who was running a buy 10 get 2 free promotion. $165 of Bitcoin later, the drugs were on their way to a new home. The seller apparently informed Fly that the shipment should arrive by Tuesday, a fact which he gleefully shared with the forum.
While our intrepid hero had no doubt that the forum members were determined to help him grab the tail of the dragon, he's not one to assume without confirmation, and enlisted the help of a graduate student at UCSD who was researching Bitcoin and anonymity on The Silk Road, and confirmed the address shared by Fly was used to deposit 2 BTC into an account known to be used for money management on the site.
By Monday, an envelope from Chicago had arrived, containing a copy of Chicago confidential. Taped inside were tiny baggies filled with the purported heroin. Either dedicated to satisfied customers, or mathematically challenged, the seller had included thirteen baggies instead of the twelve advertised. A police officer arrived to take a report and whisked the baggies away.
Now, Fly was upset that Krebs wasn't in handcuffs for drug possession, and decided to follow up his stunt by sending Krebs a floral arrangement shaped like a cross, and an accompanying threatening message addressed to his wife, the dire tone slightly undercut by the fact that it was signed "Velvet Crabs". Krebs' curiosity was already piqued from the shenanigans with the heroin, but with the arrival of the flowers decided to dive deeper into the сука behind things.
He began digging into databases from carding sites that had been hacked, but got his first major breakthrough to his identity from a Russian computer forensics firm. Fly had maintained an account on a now-defunct hacking forum, whose database was breached under "Flycracker". It turns out, the email Flycracker had used was also hacked at some point, and a source told Krebs that the email was full of reports from a keylogger Fly had installed on his wife's computer. Now, because presumably his wife wasn't part of, or perhaps even privy to her husband's illicit dealings, her email account happened to be her full legal name, which Krebs was able to trace to her husband. Now, around this time, the site Fly maintained disappeared from the web, and administrators on another major fraud forum started purging his account. This is a step they typically take when they suspect a member has been apprehended by authorities. Nobody knew for sure, but they didn't want to take any chances.
More research by Krebs revealed that the criminals' intuition had been correct, and Fly was arrested in Italy, carrying documents under an assumed name. He was sitting in an Italian jail, awaiting potential extradition to the United States, as well as potentially facing charges in Italy. This was relayed to Krebs by a law enforcement official who simply said "The Fly has been swatted". (Presumably while slowly removing a pair of aviator sunglasses)
While Fly may have been put away, the story between Krebs and Fly wasn't quite over. He did end up being extradited to the US for prosecution, but while imprisoned in Italy, Fly actually started sending Krebs letters. Understandably distrustful after the whole "heroin" thing, his contacts in federal law enforcement tested the letter, and found it to be clean. Inside, there was a heartfelt and personal letter, apologizing for fucking with Krebs in so many ways. He also forgave Krebs for posting his identity online, leading him to muse that perhaps Fly was working through a twelve-step program. In December, he received another letter, this time a simple postcard with a cheerful message wishing him a Merry Christmas and a Happy New Year. Krebs concluded his post thusly:


Cybercrooks have done some pretty crazy stuff to me in response to my reporting about them. But I don’t normally get this kind of closure. I look forward to meeting with Fly in person one day soon now that he will be just a short train ride away. And he may be here for some time: If convicted on all charges, Fly faces up to 30 years in U.S. federal prison.


Fly ultimately was extradited. He plead guilty and was sentenced to 41 months in jail


vDOS and Mirai Break The Internet


"I don’t think there are enough facts to definitively point the finger at me," [Anna-senpai] said. "Besides this article, I was pretty much a nobody. No history of doing this kind of stuff, nothing that points to any kind of sociopathic behavior. Which is what the author is, a sociopath."


He did, however, correct Krebs on the name of B Gata H Kei.
Epilogue
Needless to say, the Mirai botnet crew was caught, but managed to avoid jailtime thanks to their cooperation with the government. That's not to say they went unpunished. Anna-senpai was sentenced to 6 months confinement, 2500 hours of community service, and they may have to pay up to $8.6 million in restitution for their attacks on Rutgers university.

I don't have the time or energy to write another effortpost, and as is I'm over 20,000 characters, so here's a few other tidbits of Krebs' clashes with miscreants.

Hack Forums is the ultimate security technology and social media forum. Navigation. Home Upgrade Search Memberlist Extras Tools Award Goals Help Wiki Follow Contact. 07-26-2020 05:46 AM. The real aim of this massive hack is, at the script “armgH.cgi” that attacker is downloading and installing into the compromised machine. This CGI Backdoor prepares the NAS to become an armed device ready for DDOS. CoinPayments supports GAP600 Instant Confirmations making Bitcoin payments faster than ever before. Cryptocurrency Vault. Protect your coins in the vault, requiring a time amount you specify before being able to spend them. Mobile Apps. Bitcoin Discussion General discussion about the Bitcoin ecosystem that doesn't fit better elsewhere. News, the Bitcoin community, innovations, the general environment, etc. Discussion of specific Bitcoin-related services usually belongs in other sections. The calculation demonstrates that botnet represents an excellent way to monetize Bitcoin mining. We must consider that the malware used to infect machines are usually complex agents that are also able to steal Bitcoin wallets and other information from the host, such as user’s banking credentials.