Bitcoin vs USD vs Gold: Here's Why Bitcoin Wins 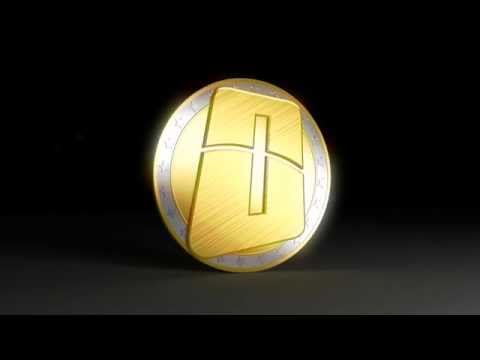 This Is Why I Think Ripple is Superior to Bitcoin...

Most of the transactions we currently do in the financial realm of our lives rely on trust based systems.
Bitcoin, brilliant in design, sidesteps the need for most of this trust.
Bitcoin is a sort of digital gold with a built in transaction system. Awesome and very useful.
Bitcoin's base value comes from fanboys, folks willing to take a stand for their monetary ideology, but most importantly its usefulness in transactions that can't be done online for legal reasons or when a person would prefer not to reveal their identity. Due to this base value, it has attracted speculators who have driven up its price way beyond its value based on its base uses.
That said, in every day transactions, is it useful or practical for people to exchange their dollars (or other currency), pay 4% to move it to Bitinstant so they can get it into MTGOX, so that they can buy some Bitcoin (another 1/2 % fee), so that they can buy a pizza at their corner store? I'm going to go out on a limb and say "no."
This is the MAIN problem with Bitcoin. It is not useful as a transaction system to purchase every day items and does not fit well into the current system. Would you exchange your dollars for euros to buy a pizza in the USA? Then why would you do that with Bitcoin? You wouldn't unless you already had a bunch of Bitcoin or you were living your ideology.
Ripple on the other hand, is first and foremost a PAYMENT AND TRANSACTION SYSTEM. It can handle trust based transactions that people currently use and will therefore be readily accepted into everyday use (unlike Bitcoin).
So where does XRP and ripples (the currency in Ripple) fit in this equation?
I'm guessing but...
Opencoin, Inc., is smart in that they have printed up the currency in their instance of the pre-open source server almost like a stock issue. They have a certain number of shares that they are banking will increase in value, since xrp is the Bitcoin/gold in the Ripple system. They can hand out these "shares" like an IPO without the usual regulatory rigmorole and without having banks in between each transaction. Ingenious in my opinion. However, as mainly a transaction system, the value of the xrp will only increase and be worth something if Opencoin Inc. gains an early mover advantage in the market with their version of Ripple.
Anyone can make a Facebook clone even though Facebook isn't open source. The software isn't what makes Facebook worth something. It's the network of people and the infrastructure possible because of it. I think Opencoin is attempting to reach the critical mass needed to make sure that their instance of the server is looked at more favorably because of the network adoption vs. a clone.
If they succeed then their xrp will be worth quite a bit, in my opinion. If they don't they can still make money consulting with people running or implementing the software. The former would be preferable I would think.
So Ripple is taking the exact opposite approach of Bitcoin to gain adoption of xrp. Bitcoin people have to convince others to use Bitcoin in situations where they would normally use their regular currency. Ripple will merely need to get people to use their payment network for currencies they are already used to (by partnering with banks and other financial services) and xrp will become valuable as a result of that (it being the only trust-free currency in Ripple).

Bitcoin is the digital currency that utilizes cryptocurrency and it is controlled by the decentralized authority which is not like the government-issued currencies whereas the blockchain is the type of the ledger recording all of the transactions that are taking place and helps in facilitating peer-to-peer transactions. Bitcoin has fallen in price dramatically and lost more than 80% of its price several times, but has also gone from $0.06 to its all-time high of $19,891, gains of 33,151,566.66%. It is very volatile, but due to its limited supply, and consensus rules, a very secure investment, with almost unlimited upside potential. The PSF will offer a Simple Ledger Protocol (SLP) token on the Bitcoin Cash network to self-fund the development of open-source software, and reward contributors that help the organization grow. Bitcoin vs. Bitcoin Cash: An Overview . Since its inception, there have been questions surrounding bitcoin’s ability to scale effectively. Transactions involving the digital currency bitcoin are Bitcoin vs Gold – The Gold Standard A Gold Standard Dollar. Notice It Mentions “Will Pay to the Bearer on Demand” Bitcoin was founded on semi-Austrian economic, Libertarian ideas, and was meant to be something resembling a digital version of gold-backed cash.

Bitcoin may crash soon, we break it down in our in depth technical analysis. Cardano and Litecoin Maybe be working together in the future. In today's article we talk about Bitcoin jumping above ... We're pretty sure you've wondered - Gold or Bitcoin? If numbers and logic are true, Bitcoin has already outperformed Gold in the returns race. However, we would not want you to just believe it. We ... Exercises for Sleep Apnea, Snoring, Sinus Pressure & more. Addressing the nose, throat and tongue - Duration: 15:15. Adam Fields DC Recommended for you Andreas Antonopoulos 2019 - 20: Bitcoin vs. Facebook Libra coin = End of retail banking - Duration: 34:35. Cryptonites 51,459 views. 34:35. Plan₿ on Bitcoin’s Stock to Flow - Duration: 57:33. In this video, I discuss the differences between Bitcoin (BTC) and Bitcoin Cash (BCH), as well as Bitcoin SV (BSV). I consider BCH and BSV to be failed forks and failed projects. As a result, I ...