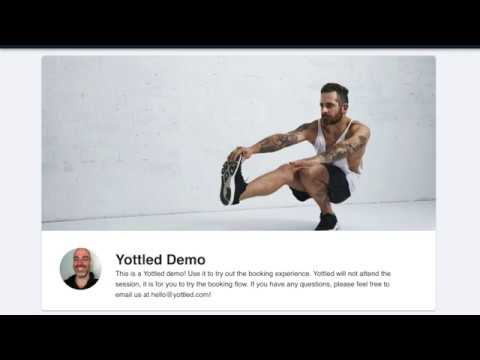 There is a discussion that the narrative for value proposition of Bitcoin started as a low cost and fast medium of exchange, then shifted to "digital gold" or in other words store of value, but in light of lack of privacy and anonymity, Bitcoin may not live up to its promise. Here are my thoughts on that.
Money cannot be a store of value without being a medium of exchange, if no one was willing to take Bitcoin from you in exchange for other goods including other monies, Bitcoin would not have value. Clearly, this is not the case.
No rational agent would spend appreciating money when they can pay with depreciating money. If Gresham's law is hard to grasp, the pizza story of Laszlo Hanyecz helps to get it. At least Laszlo made history. If you do it now - you will end up with regrets only. No Fortune articles about you will be written https://fortune.com/2018/02/26/laszlo-hanyecz-pizza-bitcoin/
At the high enough level of abstraction, money is an accounting layer for the economic value that essentially can be boiled down to work. It's a promise of future work. By design, fiat loses value over time. Bitcoin stores it.
Free market has chosen Bitcoin to be money for its monetary properties = hardness. We can debate how and why it happened, but it's a fact. Now its salability increases like a snowball and it can't be stopped without catastrophic external forces.
For ever-increasing salability/liquidity people don't need to want to spend it, they only need to be willing to accept it. This means it's guaranteed you can spend your Bitcoin at any moment when you urgently need to dip into your savings.
I would argue that even if Bitcoin has no privacy at all it would still be the most superior money at the moment and the best savings preserving vehicle. Lack of anonymity would create extra risks of being targeted by bad guys though, but that's beyond the point.
Censorship resistance is a feature of the Bitcoin protocol, which is not responsible for the censorship at fiat on- and off-ramps. If the transaction is valid and the government doesn't control the majority of the hashing power the tx cannot be stopped.
Even with high volatility which was actually predicted as a quality of a good becoming global money, Bitcoin is already (surprisingly) used as a Unit of Account by some traders measuring their wealth and by Trace Mayer for accounting.
And btw, Gresham's law applies to illicit transactions too. Most criminal activities are paid with USD or other fiat currencies. Reporting such news doesn't generate clicks, traffic and therefore ad revenue.

Reddit Stripped Bitcoiners and Hackers to Remain Anonymous Without Notice

Reddit Stripped Bitcoiners and Hackers to Remain Anonymous Without Notice

Hexus article
Digitimes
Heard of this on NCIX Tech Tips' channel. Could this mean we can finally get our normally priced 570s and 580s?

06-13 21:14 - 'They do make NFC tags that are so small they are printed onto a sticker. One of those is what I was thinking. For example, I took apart my Apple Card envelope cuz I was curious. And it’s smaller than those magnetic strips...' by /u/Jahshua159258 removed from /r/Bitcoin within 1-11min

​
Ego Casino has partnered up with The Bitcoin Strip to offer their readers an exclusive bonus that you won’t want to miss. By heading to their site you will be rewarded with the following funtastic exclusive bonus:
PLUS
So head doe to The Bitcoin Strip and Enjoy!
https://thebitcoinstrip.com/ego-casino-and-the-bitcoin-strip-offer-exclusive-juicy-promo/

GreenSpin is delivering the treats once again with an Exclusive bonus at The Bitcoin Strip. The Bitcoin Strip players can enjoy the following Bitcoin bonus delights that are exclusive to them:
-55% +55fs on deposit 10$
-80% +80fs on deposit 30$
-130% +115fs on deposit 50$
Check out the full article here: https://thebitcoinstrip.com/greenspin-dazzles-with-exclusive-bitcoin-strip-bonus/

​
Ego Casino has partnered up with The Bitcoin Strip to offer its readers an exclusive bonus that you won’t want to miss. By heading to their site you will be rewarded with the following funtastic exclusive bonus:
PLUS
So head doe to The Bitcoin Strip and Enjoy!
https://thebitcoinstrip.com/ego-casino-and-the-bitcoin-strip-offer-exclusive-juicy-promo/

Superman develops a sudden, irrational hatred for Bitcoins, and sets out to completely destroy the Bitcoin economy in whatever way he can. His goal is to utterly strip bitcoins of all value, or at least come as close to it as he can, and to totally discredit it as any form of currency or medium of exchange.
Superman is mostly in-character, and will not kill under any circumstances. However, he is willing to break the law as long as it doesn't significantly hurt anyone (outside of any damage done by the loss of Bitcoin's value, which he is obviously utterly indifferent to) and provided he isn't caught.
Additionally, he doesn't want anyone to find out he is responsible for this. Assume that no other superhero or super-powered being will investigate or care, but if ordinary people find out he's responsible, he loses.
How much damage can Superman do to the Bitcoin economy?
R1. Superman can use whatever tactics he pleases, within the above constraints.
R2. Superman's hatred of Bitcoins means that he will not participate in the economy himself by any means - he won't purchase, mine for, or legitimately interact with the Bitcoin market in any way, shape, or form. However, in this round, he is willing to cause damage by breaking the law, as long as he doesn't kill anyone.
R3. Superman is bloodlusted and willing to kill anyone who owns or has ever owned a Bitcoin in order to stop Bitcoins. He has 24 hours. He still loses if it's generally discovered that he's responsible, and he won't kill anyone who has never interacted with Bitcoins (so no just throwing the earth into the sun.)
R4. As R1, but Batman has converted the entire Wayne family fortune into Bitcoins and is now determined to protect them. Both Batman and Superman are in-character otherwise, won't harm each other if they can help it (outside of Superman hurting Batman financially by crashing the value of his Bitcoins, of course), and won't kill each other under any circumstances. Batman will not out Superman as the source of the problem regardless of the situation. No Kryptonite or other things that nullify Superman's powers.

The name "bcash" is to make the community seem hostile as well as to delegitimize.

Just food for thought before people start hurling insults. It is to both strip BitCoin cash of legitimacy and make the community of BitCoin Cash look hostile while any dissent good or bad is purged elsewhere.
If you will engage them argue to the ground with reason don't stoop to their level.

How can people be so stupid???

I don't understand why anyone is still listening to BSCore any more. Sometimes it seems like they MUST be paying users to shill for them, but i worry that this might be too conspiratorial and that I'm taking crazy pills or something.
Am I in bizzarro world? Why does BS segwit have more hashrate support than a real scaling solution, that solves the problem for good? We need to strip bitcoin of its artificial BS limits. Vote yes to Bitcoin Unlimited, vote no to BS CORE!

Paxful is the best place to buy Bitcoin with Stripe Buy and sell cryptocurrency with Stripe. Now you can use Stripe to buy and sell cryptocurrency instantly and securely on Paxful. See the list of offers below. Please wait while we find the best offers for you. Seller For a regular Bitcoin transaction, a fee of tens of U.S. dollars is common, making Bitcoin transactions about as expensive as bank wires. Because of this, we’ve seen the desire from our customers to accept Bitcoin decrease. And of the businesses that are accepting Bitcoin on Stripe, we’ve seen their revenues from Bitcoin decline substantially. This entry was posted in bitcoin, Bitcoin News, China, Cryptocurrency, Elliptic, fundraising, Gaza Strip, Hamas, Israel, Middle East, News, Palestine, Prime Minister Benjamin Netanyahu’s, Qatari, Russia, Turkey on April 27, 2019 by adminbtc. Hamas Bid for Bitcoin Donations Struggles to Get Off Ground Stripe had started accepting bitcoin in 2014, when the cryptocurrency first reached $1,000 and truly gained traction. Since then, the value of bitcoin has skyrocketed, reaching nearly $20,000 in 2017. On April 23, Stripe will stop accepting bitcoin payments after doing so for about four years. "Bitcoin has evolved to become better-suited to being an asset than being a means of exchange," said